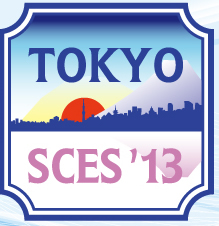 SCES 2013 will be held in the central part of Tokyo. The conference venue is the newly built Ito International Research Center in the main Campus of the University of Tokyo (Hongo campus).

Following the tradition, SCES 2013 will cover a wide range of topics in the diverse field of strongly correlated electron systems. SCES emphasizes the fundamental physics of electron interactions in systems that span from bulk materials including f-electron based heavy Fermions, d-electron based compounds, and organic materials toartificial materials such as nanoscale structures as well as cold atoms in optical lattices. The main topics that will be featured in SCES 2013 are listed below.

The conference will provide a forum to present new research and exchange ideas. Presentations will consist of plenary, invited and contributed talks and a number of poster presentations. Interaction among the participants, especially younger participants, will be an important objective of SCES 2013.

·         Quantum magnetism and physics of frustration